Live theater is magic for the actors and the audiences. Joe Bohrer, who has been cast as Will Hawes, tells us he is very excited to be in this production of The Santa Diaries being produced by Liberty Showcase Theatre. Joe says he has really enjoyed getting into this character and seeing how best to portray Will.

This is Joe’s third production since returning to the stage (since high school). His last two performances were in Rent and The Full Monty at Silhouette Stages. After high school, Joe focused on the technical side of theatre including lighting and sound design. He is currently an Event Coordinator at Stevenson University and says he is happy to get a chance to return to the stage! 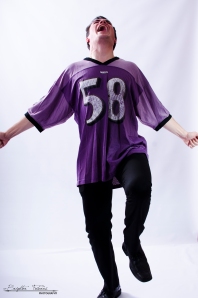 The Santa Diaries is the story of Sandy Hawes who has been a small-town Santa for years. His fondest wish is for his son, Will, to follow in his footsteps. But Will followed a different path and became a hugely successful (albeit self-absorbed) Hollywood actor. When Sandy breaks his leg hanging Christmas lights, Will makes an unplanned stop on a flight to New York. A snow storm strands him, his fiancé and business manager and Will reluctantly agrees to start the community Christmas play his father usually directs. He only plans to stay until he can fly out. As fate would have it, the assistant director of the play is his high school sweetheart, Jessica, the girl he left behind to follow his dream of becoming an actor. Old sparks are ignited and in the process Will rediscovers his small-town roots, the joy of Christmas and learns to embrace his inner Santa.

Last year’s production at The Avalon Theatre in Easton, Maryland featured Casey Rauch as Will. He had to sing and dance in the production which he hadn’t done before, but he was terrific and his brief rendition of Gangnam Style during one of the songs Laura wrote for the show brought the house down at every performance. 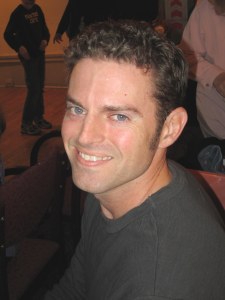 Liberty Showcase found another Hollywood-handsome guy to play Will and Laura and I are so excited to see what Joe does with the role. 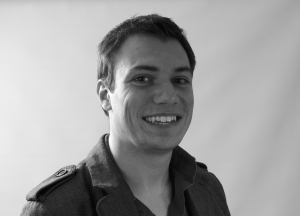 We’ll be attending a rehearsal in a couple of weeks and will get a sneak peek. Every character will have a new interpretation in this production – that’s the magic of live theater.